“Arrollar: rhythmic movements of a carnival dance group with people joining in behind, winding their way through the streets. A form of collective dance, marking time with the instruments with a variety of agile steps and body movements, in circle formation, jumping, crouching and whirling while constantly on the move. The group is so tightly packed that they roll along like a car and everything within its radius is swept up and carried along with the crowd.”

Social Aid and Pleasure Clubs can be traced back to 19th century benevolent societies that provided health care and burial services for their members. Besides these benefits, the clubs also encouraged leadership skills and provided a space for discussing social issues, as well as entertainment in the form of picnics, parades, dinners and balls.

All Social Aid and Pleasure Clubs are representatives of their communities, and the parade represents that. When you form a route, you are bringing people through the cracks and crevices of your neighborhood to give everybody an opportunity to be part of it. It has a political and a social impact and it truly belongs to the city.

A RIGHT TO THE CITY

Parading in public almost always has a political meaning. After Katrina, the social club parades became more important than ever as they called people home to reclaim the city, and say “We are New Orleans,” and “This is our city.” When so many residents were dealing with loss, the parades – with their powerful ways of expressing grief and faith in collective perseverance and triumph over adversity – became important spaces for coming together and reflecting on life and community.

Second lines (people joining in behind the parades) create a safe space for people from all walks of life to experience a moving festival of music, food, dance and song. For people who come to New Orleans from suburban places, the second line shows how to be together in shared spaces in the city, dancing together, rubbing shoulders alongside the band in the heat of the action, or walking along the edges at a leisurely pace and catching up with old friends and meeting new ones.

THE BIG NINE ON PARADE

A catalogue of some of the Social Aid and Pleasure Club artifacts at House of Dance and Feathers and assorted second line parade photos. 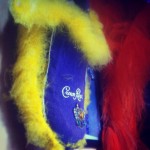 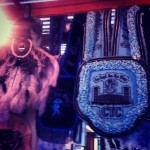 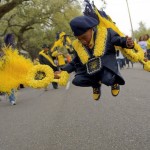 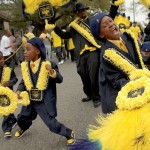 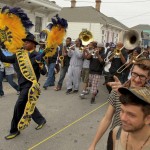 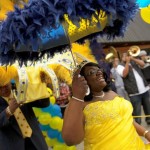 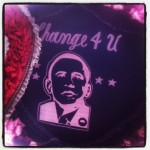 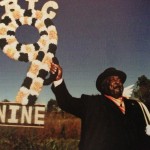 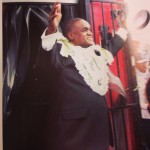 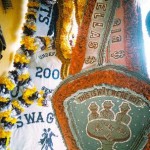 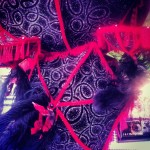 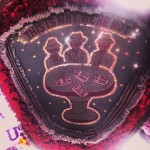 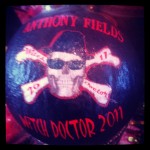 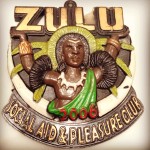