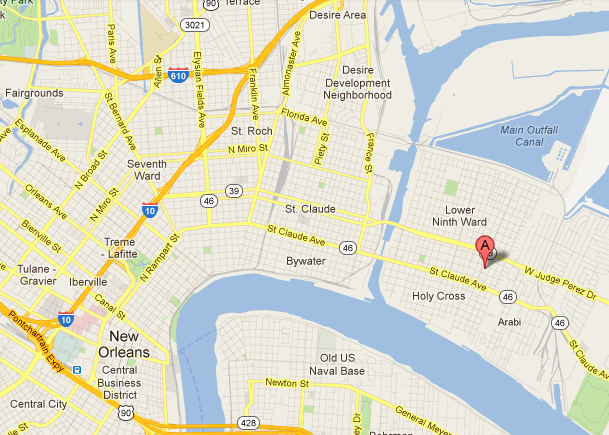 House of Dance & Feathers is based in the backyard of Ronald Lewis’ home, so visits are by appointment.

We’re pretty flexible and we’d love to see you down in the Lower Ninth Ward. Just give us a call and we’ll make an arrangement for you to come and visit.

There’s no admission charge, but we are a registered charitable organisation, so any donations are greatly received.

We’re easy enough to find here on Tupelo Street. If you have GPS just enter the following address:

You can also take a bike tour of the Lower Nine Ward, including House of Dance and Feathers, with Rebirth Bike Tours.

What’s truly moving is the conversation shared with Ronald. He represents a group of determined people that never gave up on the City that Care Forgot. 5 ★★★★★

Ronald Lewis is recognized by his peers, in this city steeped in history, as a cultural ambassador. He is a gem. If you want to understand New Orleans more than HBO’s Treme, check this place out 5 ★★★★★